The Yeti lives high up in the remote parts of the Himalayas….allegedly.

Here’s our guide to spotting Yeti…guaranteed*

* Let’s make it very clear from the beginning that we’re being partly “tongue in cheek” about this Yeti thing…so, if you really want to guarantee a “Yeti sighting”…..pop along to your local Skoda dealer, or just keep an eye out whilst your driving….the Yeti is out there if you look! 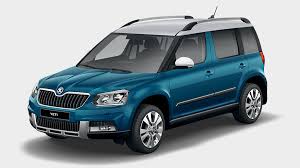 Not so rare…a Skoda Yeti!

Then again is the mythical Yeti of the Himalayas just that….or is there more to it? You can’t have no smoke without fire….can you?

Here’s how the story generally goes….High in the remote, mountain wilderness of the Himalayas lives a large, ape-like creature that walks upright, is larger than a human being and remains unknown to modern science.

Tales and alleged sightings of this creature exist as far apart as Ladakh and Bhutan and of course in Nepal too. There are photographs of mysterious, large footprints in the snow, stories from local villagers who have been attacked, or even abducted by this fearsome beast and even alleged specimens of bone, hair and even a skull of this creature. 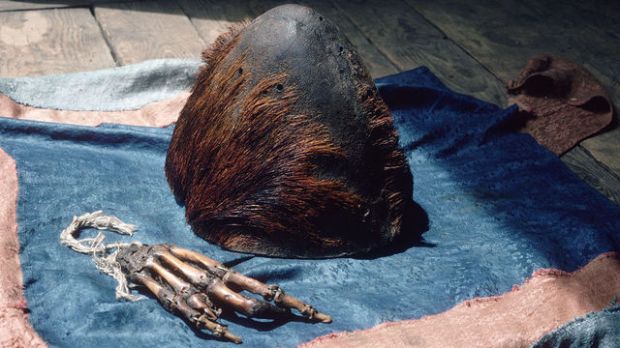 A supposed hand and skull of a Yeti

It goes by many local names, but to most of us it is the Yeti!

The Yeti is right up there with the Loch Ness Monster and UFO’s.

Respected explorers and mountaineers even report sightings and encounters of ‘something’.

Could such a large creature actually exist? After all we still know relatively little about the Snow Leopard. We know now that Tigers have been found at 4000m in the Himalayas, a few years ago that would have been considered most unlikely.

To prove the existence of the Yeti would be a major commercial coup, particularly if you’re Himalayan trekking operator. Global superstardom overnight.

If we were to proclaim “we’ve seen a Yeti”, there’d be some who would be all too ready to believe and many who’d say we were delusional, or pulling off a publicity stunt.

But we think it is very unlikely that the Yeti is real in the true sense. We are often asked the question, “Is it a just a myth or does it have some substance in reality”, maybe it’s both.

Let’s look at what is “out there” in Yeti land…

Is this a Yeti footprint in the snow?

What about the footprints in the snow? Those aren’t just stories, there are photographs. The thing with snow is it changes. Make a footprint yourself in the snow and then revisit it a few days later. Does it now look your footprint? The snow hasn’t remained constant. It’s melted a little, refrozen, melted a little again and so on. It makes identification rather difficult and thus the photo’s are most probably ‘inconclusive’.

Then there are the ‘sightings’. They vary a bit, but many seem to have a particular thread in common, a large and hairy creature walking upright. Well, that’s precisely what we do all of the time and perhaps this upright walking is where the ‘wild man of the mountains’ speculation originates. Now some apes walk upright too. Not all of the time, but sometimes.

So is the Yeti a large Ape?

People who say they have been attacked by the Yeti often talk about claws too. That doesn’t sound too much like an Ape. There are of course Langur Monkeys living in the Himalayas and you’d certainly not want to get in a fight with one. They don’t have claws as such, but their strong finger nails come fairly close and would give you right old serious scratch. But Langurs are not exactly large, so what else could be the explanation.

The “Hollywood movie” version of the Yeti

It’s very big, hairy, walks upright, has claws and seems to sometimes behave aggressively if encountered, or disappears quickly. Oh, we should best add into the mix that it is pretty rare too and seems to live higher up in the mountains. Also, for some reason when the Yeti became the Abominable Snowman in movies and the like its hair (fur) became white too. Darker hair (fur) is actually more consistent with Yeti ‘encounters’.

The most likely ‘suspect’ is the Tibetan Bear – Ursus arctos pruinosus – a sub-species of the Brown Bear and it seems that this may well be the most plausible explanation for the modern day Yeti. Where legend and zoology meet.

This bear is very rare. Seriously rare. We’ve seen a couple of Snow Leopards ourselves, but never this bear. So if you’re a local and encounter such an animal that you weren’t aware existed, or have certainly never seen, how do you explain it? Perhaps you relate to the creature you were told of in childhood stories. The Tibetan Bear is very big, almost Grizzly Bear size and if threatened or surprised it will stand upright.

But we used the term ‘modern day Yeti’ in a previous paragraph.

What we call the Yeti goes way, way back in time. Stories of the Yeti remain entrenched in Himalayan folklore, passed down from generation to generation.

On a recent TV Documentary British scientist, Mark Evans ventured a rather interesting theory, that perhaps the Yeti did once exist and that the stories of the Yeti passed down from generation to generation over time do have some basis in reality. But, not a Yeti as we would like to imagine it, or hope it to be, but just as fascinating.

Like “Chinese Whispers” unwritten stories that are passed down through many, many generations will become a little changed over time. But, these stories tell of a “wild mountain man-like creature”. One that would attack villages and even make off with people.

Now we know that “we” – Homo Sapiens – are both a distinct species of hominid as well as the only one in existence today. But, that wasn’t always the case. There were others too. The one we all likely know of best are the Neanderthals. We know that modern humans and Neanderthals co-existed and most likely not without conflict either.

Could the real Yeti have looked a bit like this?

Just a few years ago the existence of a now extinct species of hominin was discovered. The Denisovan. Although there is still a long way to go, it’s thought that Denisovans ranged from Siberia to South East Asia. So, the Himalayas are slap bang in the middle of that range and it’s highly likely that this species lived there before we got there. Not only that, a gene known as EPAS1 has seemingly been found in the genome of Denisovans. This particular gene means that a body can live with low oxygen levels at high altitude. Just like that of the Himalayas.

So, what if this primitive species was already living in the Himalayas and some point along come modern humans encroaching onto “your patch”? Well, you’d probably be a bit miffed. Thus conflict ensues. To the modern human, this is a “wild man from the mountains”, quite possibly seems a bit more primitive, hairy and very aggressive too. Maybe sometimes these “wild men” come down from the mountains and attack in the form of a raid and snatch people too? From this the stories emerge. Just like Neanderthals the “wild man” died out for one reason or another, but the story of the “wild man” lived on.

Could this be the origin of the Yeti?

Still…what if you do find yourself trekking in Nepal you might be THE ONE that proves the existence of Yeti.

Reality sandwich time…you probably won’t see a Yeti, but you’ll certainly see the biggest and highest mountains in the world.

Trekking in Nepal IS spectacular

Even without a couple of Yeti photo’s to post on FaceTube, the rest of your photos should be pretty spectacular.