The REAL “Magic Kingdom– Nestling in the Eastern Himalayas, between India and Tibet, Bhutan is a stunning destination for the intrepid traveller. It is home to a beautiful and varied landscape, a wealth of cultural sights, and a diverse people. Here’s everything you need to know, from the capital of Bhutan to visa rules.

Welcome to Bhutan – Land of the Thunder Dragon

Bhutan is a remote landlocked country, stretching for 90 miles (145km) north to south and 186 miles (300km) east to west. Snow-capped peaks reach over 22,965ft (7,000 metres) in the west and north, petering down to rugged hills in the east. In the sub-tropical south, jungle-clad hills lead down to the flood plain on the Indian border.

Taktsang Monastery- The Tiger’s Nest- The Machu Picchu of Bhutan

Along the central strip are highlands carpeted with steep forested slopes and bucolic valleys dotted with market towns and isolated farms. Bhutan’s capital city, Thimpu, has a population of  around 105,000, and sits in the west of the country. Fast-flowing rivers carve their way north to south; the east-west highway, or lateral road, is a spectacular roller coaster of high passes, deep valleys and dramatic gorges.

Where to go in Bhutan

Bhutan can be divided into three sections: west, centre and east. Most visitors fly into Paro in western Bhutan and on a short will usually travel as far as Punakha. Two weeks or so will allow time to explore the lesser visited valleys like Haa and Bumthang and appreciate the spectacular scenery along the way.

Bhutan Scenery is pretty breathtaking wherever you go

The eastern reaches may seem close on the map but bearing in mind the mountain road, the high passes and stunning panorama, the journey requires a leisurely pace to take it all in.

See our Places to visit in Bhutan suggestions

When to go to Bhutan

Bhutan welcomes tourists as a year-round destination, though the climate varies with the altitude and the time of year. Summer brings the monsoon, particularly heavy in the south, while mid-September to early-May tends to have clear skies and the best mountain views, ideal for trekking and October to April is when most people visit Bhutan. Winters can be sunny but also bitterly cold until spring returns, with masses of flowers splashing colour on the slopes.

But whatever the season, no visit to Bhutan is complete without attending one of the spectacular religious festivals held across the country throughout the year

Is Bhutan set up for tourism?

Over the last decade or so, efforts have been made to increase tourism, although the tourist infrastructure very much varies depending on where you go. New hotels have popped up alongside restaurants and coffee shops in Thimphu and beyond, the road linking Paro airport to the capital has been improved, cutting transfer time down to an hour or so, and Druk Air, the national carrier, now has to compete with the private Bhutan Airlines.

Most tourists come to Bhutan by air and arrive at Paro

All Bhutan trips must be arranged through registered tour operators (like us!).  Options range from cultural and special interest to adventure and trekking for all abilities.

What to do in Bhutan

Bhutan is nothing like as developed as Nepal. Most visitors to Bhutan follow a cultural style tour and the likes of Paro and Thimpu Festivals are a big tourist draw nowadays.

Of course you can go trekking in the Bhutan Himalayas and even tackle what is reputed to be the world’s toughest trek-The Snowman Trek if you’re up for a serious challenge. 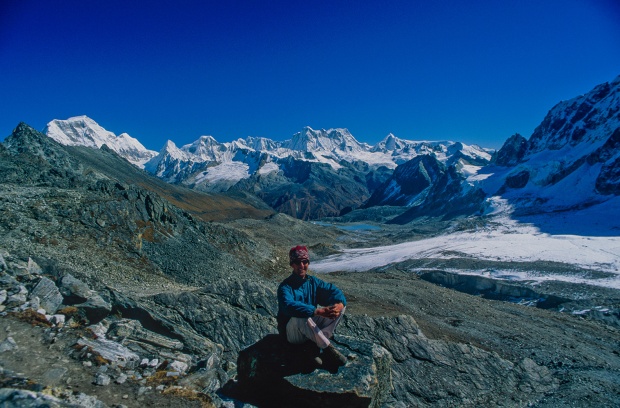 Rafting and cycling are also possible in Bhutan too.

You cannot obtain a Visa for Bhutan yourself.

‘High value, low impact’ is Bhutan’s attitude to tourism values. As such, trips must be pre-booked through registered operators. It is not possible to obtain a visa without doing so.

Bhutan is expensive to visit as the Government of Bhutan charges every visitor a Sustainable Development Fee.

On top of this fee you will need to budget for all other usual holiday costs e.g. accommodation, meals, transport, guides, support on trek, entrance fee’s to sites and monuments etc.

So, all told you’re probably looking at a daily budget per person of (say) $US 300 each night you spend in Bhutan.

See our Why is Bhutan so expensive in-depth article

Where to stay in Bhutan

Hotel accommodation is of a reasonable standard (3 star) in Western Bhutan and fast improving in the rest of the country.

New hotels are popping up at an impressive rate, though this is still limited in the East. You find rustic but cosy mountain lodges, pristine farmhouses and homestays. There are also a few boutique hotels edging towards four-star levels and luxury resorts at premium prices.

Bhutan is a safe destination where the vast majority of people are honest and respectful. Scams have no place in traditional Bhutanese culture and the worst you might encounter is petty theft. However, even this is still a rarity and common sense precautions will suffice.

Clearly to many that Bhutan is very much a real travel destination is one of the primary appeals. However, if the idea of visiting a poor country with poor infrastructure and a lack of basic services isn’t your idea of a good holiday, then we’d respectfully suggest you don’t travel to Bhutan. Even in the perceived ‘safety bubble’ of a private holiday, what Bhutan is (and isn’t) will be a de facto part of your overall travel experience.

The capital city is Thimpu and is the largest urban area in the country, although the population is a mere 105,000 (approx).

Bhutanese people can be generally categorised into three main ethnic groups. The Tshanglas, Ngalops and the Lhotshampas.

Woman with the distinctive appearance from the Laya region

Vajrayana Buddhism is the dominant faith in Bhutan and the one you are most likely to encounter whilst on holiday in Bhutan. Around 75% of Bhutanese people follow this faith. Minority religions like Hinduism do co-exist in the southern regions.

Previously a Kingdom with an absolute monarchy and whilst the Royal Family are still revered and loved, Bhutan now has a parliamentary democratic system.

6 hours  ahead of Greenwich Mean Time.

Dzongkha is the national language although there are numerous dialects. Tshanglakha is the native language of eastern Bhutan while Lhotshamkha is spoken by the southern Bhutanese. English is taught to children in school from a very young age, so you’ll find that many Bhutanese in the urban areas can speak a little English, less so in more remote locations.

The Ngultrum (Nu) is the currency of Bhutan and is linked to the Indian Rupee, which is also accepted as legal tender. You won’t be able to obtain Bhutanese currency prior to travel and can exchange (we recommend using cash ($US, £GBP, €EUR) at banks and hotels in the main towns.

Credit cards are really accepted only at high-end tourist shops and in hotels. However (at the time of writing) there is now an ATM in Thimpu in which you may be able to withdraw cash and it accepts Visa cards only. The availability of cash machines in Bhutan is likely to improve.

Electricity in Bhutan is 230 Volts, alternating at 50 cycles per second. If you travel to Bhutan with a device that does not accept 230 Volts at 50 Hertz, you will need a voltage converter. To find out what plug adaptors and converters you’ll need click here  (links to external site in a new window).

The Bhutanese love chillies. But for tourists the use of chilli is toned down (unless you ask for local strength) Rice forms the main body of most Bhutanese meals. It is accompanied by one or two side dishes consisting of meat or vegetables. Pork, beef and chicken are the meats that are eaten most often. Vegetables commonly eaten include Spinach, pumpkins, turnips, radishes, tomatoes, river weed, onions and green beans. Grains such as rice, buckwheat and barley are also cultivated in various regions of the country depending on the local climate.

Ema Datshi: This is the National Dish of Bhutan. A spicy mix of chillis and the delicious local cheese known as Datshi. This dish is a staple of nearly every meal and can be found throughout the country. Variations on Ema Datshi include adding green beans, ferns, potatoes, mushrooms or swapping the regular cheese for yak cheese.

Thimpu is the only capital in the world not to have traffic lights. It did have some for a while, but the locals complained as they prefer the white gloved police to direct traffic.

The highest unclimbed mountain in the world-Gangkar Puensum-is in Bhutan. As the Govt of Bhutan has banned peak climbing, this record is likely to remain.

Bhutan has no trains (at the moment).

To the locals Bhutan is Druk Yul-Land of the Thunder Dragon- this is because of the huge thunder storms that roll in across the Himalayas. 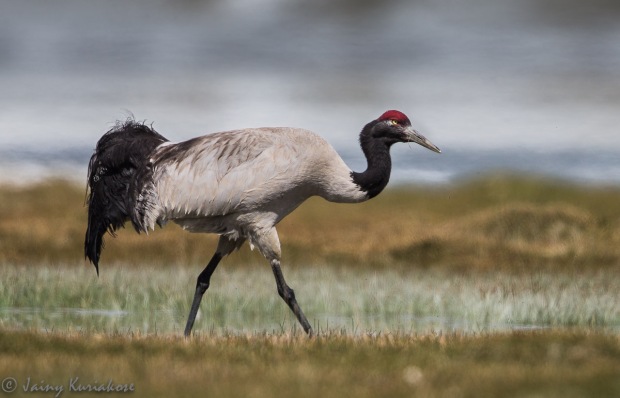 Don’t mess with the black-necked crane!

If anyone is caught harming or killing the endangered black-necked crane, they could be sentenced to prison for life.

Bhutan is the only country in the world where the sale of tobacco is prohibited.

The first foreign tourists were allowed into Bhutan in 1974.

Up until 1960, Bhutan had no roads, no electricity, no automobiles and no postal system.

30% of the population in Bhutan are younger than 15!

Ready to take a trip to Bhutan with Snow Cat Travel? 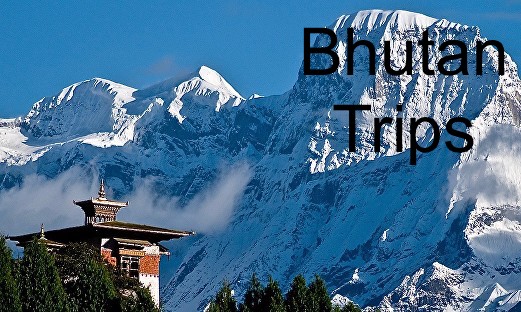 One thought on “The Ultimate Bhutan Travel Guide”